Home » Weight-Loss » Can You Really Use Honey And Cinnamon For Weight Loss?

Can You Really Use Honey And Cinnamon For Weight Loss? 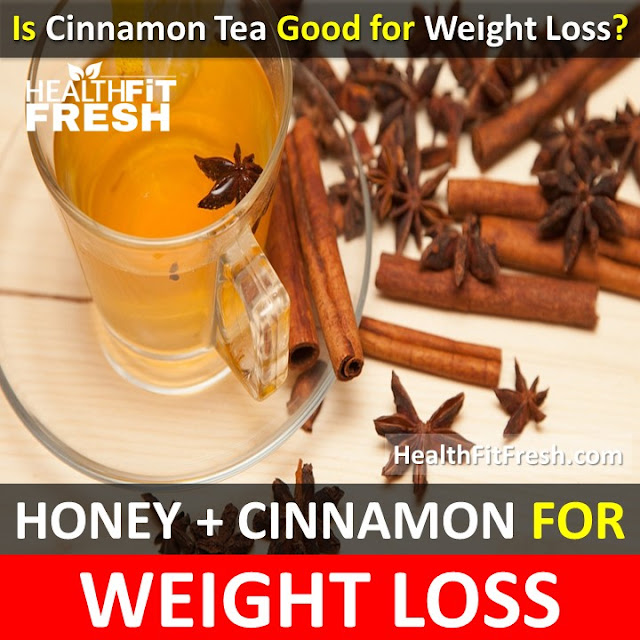 Are Cinnamon And Honey Effective For Weight Loss?

Are you looking for an all-natural way to shed a few pounds? Cinnamon and honey may be the answer. With hundreds of diets and weight loss plans out there, it can be hard to pick one that is perfect for you. But that wouldn’t be the case anymore.

This post tells you why cinnamon and honey can be good for you, and how they can help you achieve your weight loss goals.

Cinnamon And Honey For Weight Loss

3 Ways to Combine Honey and Cinnamon for Weight Loss

Here are 3 recipes to combine cinnamon and honey to make weight loss drink.


When To Consume The Cinnamon-Honey Drink?

There are four instances when you can consume the cinnamon and honey drink to make sure it has the desired effect:

When you are trying to lose weight, it is important to start off the day well as it helps in setting the tone for how the rest of your day goes. When it starts off all wrong, there are greater chances of you eating an unhealthy fattening lunch and following it up with anything you want to eat for dinner.

To make sure that you always start your day off on the right note, you should make it a habit of using a weight loss aide that is all natural like the cinnamon and honey recipe. Remember to drink it as soon as you wake up, and half an hour before you eat your breakfast.

When taken in the morning, cinnamon and honey can help in reviving up your digestive system as well as your metabolism and level of energy through lunch.

When you are trying to shed those extra pounds, you may have found that the time between meals is when food cravings and temptations make you most vulnerable. With the cinnamon and honey weight loss recipe, you can curb your cravings as cinnamon helps in lessening your appetite. You can wait for your next meal without giving in to an unhealthy snack. It also lowers your blood sugar levels, keeping you focused and alert throughout the day without the common after-lunch crash.

It is important to make food choices that are healthy when you are trying to lose weight, and the combination of cinnamon and honey can help you do just that.

The combination of cinnamon and honey helps you avoid snacking on junk food in between meals. It is also a much better option than going hungry.

When you are ready for an aerobic workout, there are certain things you can do to increase its effectiveness. One is stretching. But did you know that what you put in your body prior to your workout matters? The blend of cinnamon and honey can give you more energy to push you through your aerobic session. You do not feel drained after working out, and you also have enough energy to work out effectively.

Cardio workouts can also be more effective when you do a few things. Firstly, work out without eating. Secondly, do not eat anything for at least half an hour after an aerobic workout. If you can wait, make it an hour. This allows your body to burn more calories as its focus is not on digesting your next meal.

The natural sugar in honey will help in boosting your energy levels while you work out, and cinnamon’s ability to boost metabolism will help in amplifying the effects of your cardio workout.

4. Before Going To Bed

The amount of time between dinner and sleep can be the toughest to get through when you are trying to shed those unwanted pounds. Your goals will experience a setback when you make midnight trips to the fridge or indulge in late night snacking.

During this time, your closest ally can be the cinnamon and honey blend. Since it is not a solid food, it will not weigh on your stomach or digestive system before you go to bed. The honey will help satisfy your craving for something sweet at night while the cinnamon will work on your digestive system, aiding it as it resets itself while you sleep.

As mentioned earlier, it curbs cravings that occur during the night and makes sure you do not suffer from hunger pangs that prevent you from getting a good night’s sleep.

Precautions For Using Cinnamon And Honey For Weight Loss


Side Effects Of Cinnamon And Honey Drink

1. How long should I take the honey and cinnamon drink?

2. Should the honey be added after half an hour (when the water cools)?

Raw honey is more healthy. You can wait for 20-30 minutes for the water to cool down and then add the honey.

3. Is cinnamon bad for the liver and the kidneys?

Ceylon cinnamon is recommended for drinking. Cassia cinnamon can cause damage to your liver and kidney as it contains a high amount of coumarin. In general, do not take too much cinnamon for too long.

4. What do cinnamon and honey do to your body?

Cinnamon helps you lose weight by preventing your body from accumulating fat. It helps in digestion, speeds up the metabolism of blood sugar, helps in getting rid of harmful bacteria in the gut, and boosts brain function.

Honey is full of vitamins and minerals. It mobilizes the stored fat in the body and increases good cholesterol. Honey also speeds up metabolism and increases the function of glutathione that detoxifies our body and helps in quick slimming.

The combination of cinnamon and honey is one of the best-known weight loss drinks. However, you do have to allow this drink to work its best by drinking it regularly for a while.