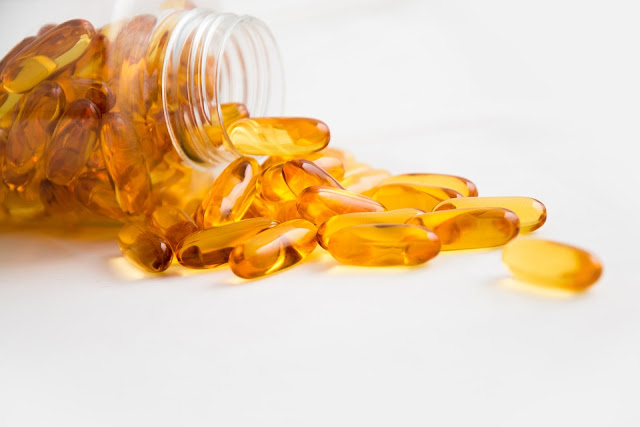 Can Fish Oil Cause Constipation?

So, wondering what exactly is the truth? This post can give you clarity. Go ahead and read.

What Is Fish Oil?

Extracted from the fatty tissues of oily fish, fish oil contains various beneficial chemicals like DHA, EPA and most importantly, omega 3 fatty acids. The fish do not produce omega 3 fatty acids on their own. They consume a lot of algae or smaller fishes that contain this beneficial fatty acid. So, fishes higher up in the food chain accumulate larger amounts of omega 3 fatty acids, which is why large predatory fishes like swordfish, tilefish and shark are tapped as fish oil sources. However, this bio-magnifications is also responsible for the pooling of toxic materials collected from various fishes.

Constipation is one of the widely experienced gastrointestinal disorders. The feaces becomes hard and dry, due to which elimination becomes difficult. Constipation triggers cramps, bloating, and strained bowel movements.

Improving diet and exercise routine can have a significant effect on constipation-related problems. Let us see how fish oil helps in easing constipation.

Fish Oil And Constipation – The Myth

There are several instances of people asking in online forums whether fish oil causes constipation. They claim that after taking fish oil supplements they have had difficulty in passing stool. This claim is also ratified by several articles found online. However, it is a myth because scientific studies have shown that fish oil relieves constipation. The only possible explanation behind these claims is that they were ingesting some other supplements or foods that could be causing constipation.

Is Fish Oil Good For Constipation?

Why To Choose Fish Oil For Constipation Treatment?

Fish oil has the power to improve digestion. They soften and bind the tools with their lubricant properties, aiding in easier flushing out of stool. The fish oil can be consumed regularly because it has a mild impact on the digestive system, when compared to the over-the-counter laxatives. Choose the fish oils that are prepared from fish ‘meat’ as a safer choice. While consumption of cod liver oil is the most effective, the presence of mercury in higher levels can harm you, if overused. Some of the safer options include oils from fish such as salmon, mackerel, halibut, sardines, tuna, and herring.

Does Fish Oil Help With Constipation?

Does fish oil help with constipation? Fish oil is often suggested to pregnant women and anyone, in general, suffering from constipation. This is because the oil helps in lubrication. The omega 3 fatty acids also help in reducing inflammation that can be caused due to prolonged constipation. Thus, all problems related to constipation are also addressed if you take fish oil supplements.

How To Use Fish Oil For Constipation Treatment?

The dosage of fish oil depends on the concentration of Omega-3 fatty acids in it.  Experts suggest that kids and adults can consume 1000 mg and 2000 mg, daily, provided the fish oil have 50% omega-3 fatty acids.

If you are pregnant, it is advisable to avoid using cod liver oil to ease your constipation worries. The vitamin A present in this fish oil has proven to result in severe birth defects. In general, excessive vitamin A could be toxic for adults.
People on blood thinning, cholesterol and diabetic medications should also take care before using fish oil to ease constipation. Many a time, using fish oil could also trigger diarrhea. So, check with your physician before you start using it.
It is advisable to take fish oil for constipation treatment, but just as a supplement.
Proper diet, adequate water along with exercises and medication, if required, is essential for faster recovery.

Other Benefits Of Fish Oil

Apart from relief from constipation, fish oil also treats several other symptoms. Other benefits include:

Although the benefits are aplenty, fish oil is not devoid of side effects. With increasing pollution in the oceans, many small fishes and algae ingest toxic materials that are not only harmful to them and the rest of the food chain, but are also non-biodegradable. This means that when such organisms are eaten by predators, they are passed on to the latter.

By consuming a number of toxin-infested fishes, these predators accumulate lots of toxins. As a result, these toxins are passed into fish oil and consequently to those who take this supplement.

The bottom line is fish oil, when consumed in moderation, can indeed help ease symptoms often associated with constipation. However, like most other things, over-consumption of even this healthy oil can lead to myriad side effects.