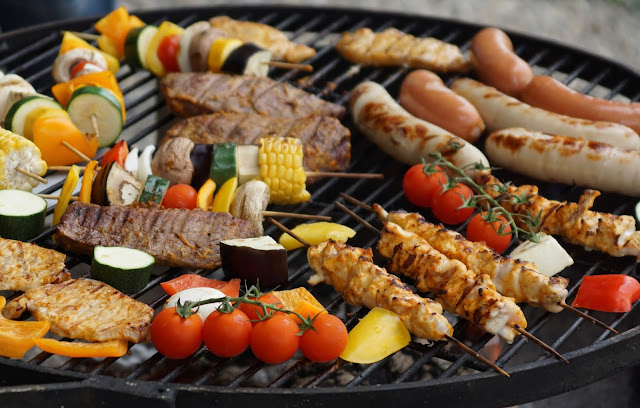 Do you frequently feel constipated? Does that uncomfortable feeling of pain in your stomach keep you off from peace and activity? We are flushed with so many food items every day, that sometimes we don’t even know which of those is good, and which of those is bad.

Constipation, as we all know, is a phenomenon when bowel movements become irregular, causing discomforts like cramping in abdomen, gas, bloating etc. It would be surprising to know that our dietary habits are one of the causes of constipation. The food component that is responsible for causing constipation is indigestible fiber. Excess fiber leads to bowel obstruction while too little fiber causes bowel dependence. Mal-absorption disorders such as gastroenteritis and liver or pancreatic cancer can also lead to constipation. Less than 5 to 6 bowel movements in a week is considered chronic constipation if it lasts several months. Another instance of chronic constipation is straining or having difficulty in passing stools.

Whatever may be the reason, making dietary changes can greatly help in relieving constipation.

What Foods Cause Constipation?

The fact that our dietary habits are responsible for causing constipation indicates that there are certain foods that can aggravate constipation symptoms. Some of them include white rice, cheese, whole-milk, red meat etc. The remains of undigested food are known as ash. This ash makes up nearly 0.2% to 1.2% of total stool weight. Dietary fiber is the only component that reaches the colon undigested. Thus, when you consume a pound of dietary fiber, it reaches your bowels undigested. There it absorbs water and expands nearly 5 to 10 times its original size and weight. It gets stuck in your bowels causing difficulty in movements.
To say the least, one needs to be careful regarding the consumption of foods that contain dietary fiber. Both soluble and insoluble fiber, when consumed in the right amounts, can help in preventing different elements of constipation – the former softening the stools while the latter causing regular bowel movements. It is the excess consumption of this fiber that can cause constipation.

So, what should you avoid eating to prevent constipation? Read to to find out!
Foods You Should Avoid:

Given below is the list of certain foods that cause constipation when consumed excessively.

Note: Those suffering from chronic constipation should avoid the consumption of such foods with immediate effect.

Excess consumption of red meat can make you constipated. This is because it is high in fat, and hence the digestive tract takes longer to process it.

Besides, it consists of tough protein fibers that are difficult to digest. The high iron content of red meat can also be constipating. Hence, it is advisable to consume it in limited quantities.

Eggs can also cause constipation sometimes, especially when you consume them without including high fiber foods in your diet.

Just like meat, they are high in fat. If you experience constipation quite often, it is advisable to replace eggs with legumes like beans and peas as a protein source. They are comparatively higher in fiber and lower in fat.

We all love to have chocolate but it is not at all a good dietary option for those who suffer from irritable bowel syndrome. The exact reason as to why chocolate causes constipation is not yet known, but it is believed that its high content of fat causes a slowdown in the digestion process. It slows down the movement of food through the bowel by slowing down muscle contractions (peristalsis). Hence, moderation is again the key to minimize the constipating effects of chocolate.

Bananas are generally considered helpful in relieving constipation. However, unripe bananas can cause constipation. This is because green bananas have a high starch content which is hard for the body to digest.

The pectin fiber contained in bananas draws water from the intestines towards the stool. This can further worsen the problem in case of dehydration.

Processed foods should be avoided if you are suffering from constipation. This is because they are low in fiber and a low fiber diet can be one of the causes of constipation. Fiber adds bulk to your stool and attracts water making your stool softer and easier to pass. Thus, processed foods should be consumed in moderation and you should increase your fluid intake simultaneously. This will increase your fiber and prevent digestive issues like gas and bloating.

Caffeine contained in black tea, coffee and chocolate is a great stimulant that promotes regular bowel movements. However, just like bananas, it can aggravate constipation if you are dehydrated. Caffeinated drinks act as diuretics, when consumed in large doses can cause problems. They make you urinate more water than you ingest, causing a mild form of indigestion. The fluids excreted through the kidneys are unable to moisten the stools, ultimately leading to constipation.

Beer and wine can cause constipation due to the two constituents – alcohol and tannins. Tannins are astringents which shrink when they come in contact with the mucosa in the gastrointestinal tract, thus lowering our secretions.

This dries out the gut, leading to constipation. Alcohol, on the other hand is a diuretic, which increases urination, resulting in dehydration.


As stated above, the fluids excreted through urine are unable to moisten the stools, ultimately causing constipation. A glass of wine or beer is fine, but excess consumption will definitely cause constipation.

Certain grains can be constipating as they contain a number of proteins that can cause sensitivity, and gluten is one of them. Sensitivity to these proteins causes an immune reaction, which is accompanied by swelling of intestine, ultimately leading to constipation. Apart from these, gluten is broken down into peptides and releases opium like substances called exorphins, which are released in the gastrointestinal tract by the enzymes. This exorphins slow down the activity of the colon leading to serious constipation.
Any grain, whether whole or white, can contain gluten. It is also added to processed foods like sauces, marinades, seasonings, salad dressings, frozen and canned foods etc. So, gluten intolerant individuals should be careful about the consumption of grains that contain gluten as they may also aggravate constipation.

As stated above, beans are a great source of protein and fiber. However, all varieties of beans do not have the nutritional value we need. If you are suffering from constipation, certain beans that have a high carbohydrate and low fiber content can worsen the problem. Excess carbohydrate without enough fiber can be harmful to digestion. So the best way is to consume those beans that have a high fiber and low carbohydrate content, such as pinto beans or chickpeas.

White flour products like white bread, cookies, cakes, pies, pastries, bagels, doughnuts, muffins and certain breakfast cereals can cause constipation. This is primarily due to the fact that they have negligible amount of fiber. Those with chronic constipation should avoid white flour products.

The food we eat makes up our body and also leads to all that ails it. Constipation is a very good example for this fact. If you are troubled by constipation, you need to exercise caution in your diet. Now that you know what foods cause constipation, make sure that you don’t intake them excessively. If your problem persists, do go and talk to your doctor.