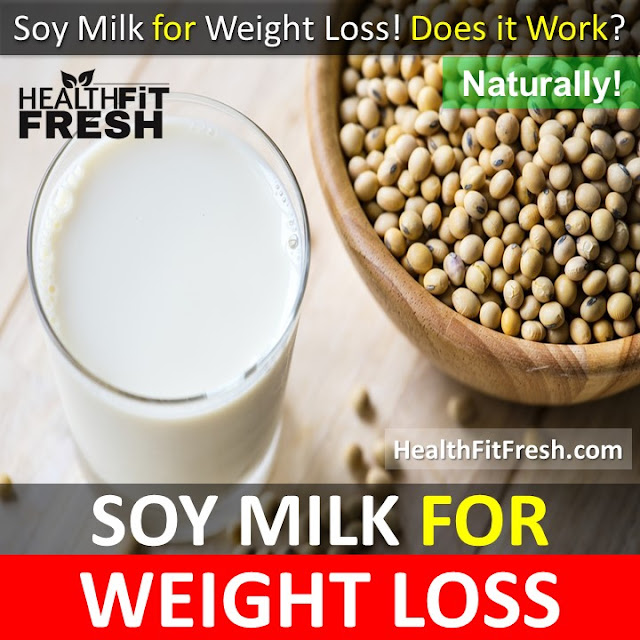 Are you struggling to lose weight? Are you wondering what you can do to shed those stubborn pounds? There are people who have been claiming the effectiveness of soy milk in promoting weight loss. But then, how far is that true? How far can you rely on soy milk to lose weight?

What Is Soy Milk?

Soy milk is considered the best alternative to the regular cow milk, and this is known to provide the much-needed nutrition to the human body. Soy milk is made from soybeans, which are considered to be highly nutritious and have a high content of proteins and fatty acids. Soy milk is also known to contain lot many vitamins and minerals. People who want to avoid saturated fats and cholesterol can opt for soy milk.

While there have been a number of discussions on the role of soy milk in weight loss or weight gain, various research studies have provided the user with different results. There are many who have talked about gaining weight after they have increased their intake of soy milk, but others claim to have lost weight after taking it as a part of their diet.

When compared to the regular types of milk, which are available in the market, soy milk is considered a healthy choice. It is said that soy milk is a low-calorie food, supports weight loss, and acts similar to skim milk. Also, soy milk is said to have fatty acids that help in the easy absorption of body fat.

Finally, the fiber that is present in soy milk is said to make one feel fuller for a long duration, and thus the person tends to eat less. Based on this, one can easily argue that soy milk does support weight loss. In short, studies do suggest that consuming soy-based products can aid in weight loss.

While many argue that they have gained weight after adding soy milk to their diet, the truth is that how it affects your body entirely depends on your current health condition.

Precautions: Side Effects Of Soy Milk

While there are several benefits of soy milk, the same can also cause harm to some. This is a concern for those who have a medical history of hypothyroidism or cancer. People facing soy protein allergy should avoid soy milk and instead opt for the low-calorie and low fat skimmed milk to ensure weight loss.

Whatever your need may be, it is always wise to understand the benefits of soy milk before making it a part of your daily routine. The sweetened flavor of this milk makes it taste more like a dessert rather than milk, and this unique taste of soy milk is what makes it popular across the globe. You get soy milk in different flavors and colors. Hence, it can be a better choice for those fussy kids who do not like regular milk taste and make excuses to avoid drinking it.

Soy milk, hence, is a rich source of protein and is especially good for trainers who want to tone their muscles and also lose weight.