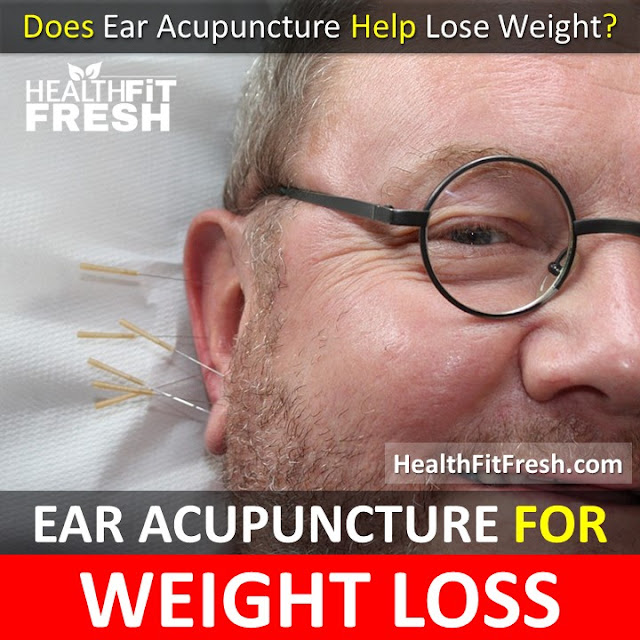 How To Lose Weight With Ear Acupuncture?

Weight loss is a tough task to undertake under the best of circumstances. Large meals and full schedules make it close to impossible. Though there are many ways to manage weight loss, ear acupuncture offers one of the simplest solutions.

Practiced for millennia now, acupuncture arose from Chinese principles. It is an alternative therapeutic method used to treat nearly 28 conditions, according to the World Health Organization.

Traditional Chinese believe that good health is maintained only when Qi energy, or the life force, flows harmoniously through the body. The energy flows through pathways or meridians, which can be accessed from 350 acupuncture points.

Illness is said to be a result of a block in the energy flow or an imbalance. On appropriate application of needles on acupuncture points, one can regain the balance.

Despite the tag of an alternative therapy, acupuncture has gained ground in modern medicine for its ability to stimulate tissues, nerves, and muscles. This has proven to relieve pain and enhance blood circulation.

How Is Acupuncture Performed?

Acupuncture involves the insertion of sterile needles into strategic points. These disposable single-use needles are inserted according to the condition described. Where weight loss is concerned, the individual’s weight is taken into consideration.

As the needle is inserted, there is no pain. You would still feel a needle. However, when a certain depth is reached, you will feel a deep ache. The needles may also be heated and placed for the duration of 30 minutes.

Acupuncture sessions are normally scheduled twice a week or once every fortnight, and are continued for 12 sessions. Sometimes the needles are attached to the point for better benefits until the next session.

Ear Acupuncture - An Earful Of Needles:

Ear acupuncture works to balance the organs believed to cause excessive weight gain, including liver, spleen, stomach and intestines. It primarily focuses on appetite control.

The outer ear is said to represent the entire body, including all the internal organs. It is seen as a micro system imagined in an inverted fetus position with the head located at the ear lobe.


The 5 Acupuncture Points On The Outer Ear Are:

Ear Acupuncture was proven to be highly effective for weight loss, based on a Korean study. Not only was it convenient, it was also found to improve metabolic function in individuals suffering from central obesity (BMI over 23). Stimulation of all 5 acupuncture points was seen as particularly effective for losing weight.

According to the study, 91 obese individuals were tested to compared acupuncture with a single point, 5 points and placebo (sham treatment). They were divided into three groups where the first group was given an acupuncture treatment with 5-point needles.

Needles were inserted to a depth of 2mm in the outer ear and attached in place using surgical tape. The needles were required to remain in place for a week after which they were changed. The process continued for 8 weeks.

The second group had a single indwelling needle on the hunger point, whereas the third group had their needles removed immediately. Waist circumference, body weight, percentage body fat, BMI and blood pressure were compared at week nos. 1, 4 and 8.

Considerable differences in weight were observed in all three groups, with the first group displaying a 6.1% reduction in BMI at the end of therapy. The second group experienced 5.7% reduction, while the third had no change.

In conclusion, ear acupuncture for weight loss can act as a simple and safe alternative therapy to control weight. It is very effective for those choosing to avoid medication and works well with diet control and exercise.