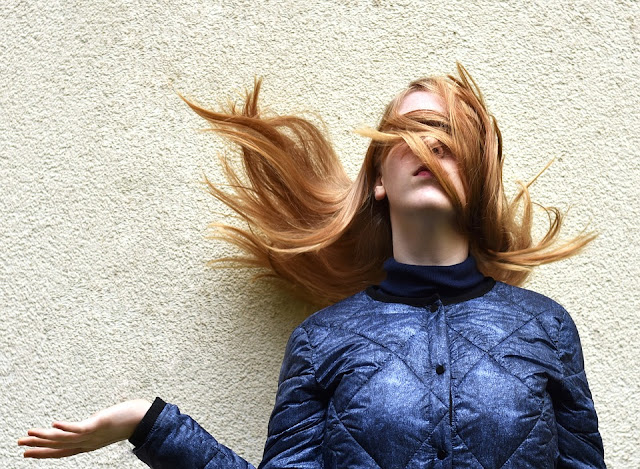 Dandruff is a form of skin eczema or a skin condition which usually occurs in parts of the body where there is high incidence of oil or sebum production. It is a common condition that affects the scalp of many men and women. Many men are found to suffer such a problem and become the butt of jokes among their friends. It is also seen as a sign of poor personal hygiene. Thus, even if dandruff is a common problem, many people see it is as an indication of poor lifestyle and hygiene choices.
Men are scared of wearing black suits or shirts as they are scared that this problem will be revealed and they will be ridiculed in society. There are several causes that can be attributed to it and many home remedies that can be tried effectively to deal with such a skin condition.

While many people think that dryness of the scalp leads to dandruff, it is usually the opposite and there could be several reasons attributed to it.

The symptoms of dandruff are several:

Home Remedies To Get Rid Of Dandruff

There are many common home ingredients that one can utilize in order to get rid of dandruff from the scalp. These are easily used as they use common ingredients which are harmless. Most are actually beneficial for the skin as well. Thus, the main advantage of opting for a home remedy is that, not only is the problem addressed, one will be able to nourish their scalp and hair as well.

Apple cider vinegar is known to be a handy ingredient in home remedies for different ailments and skin conditions. In such a condition the vinegar works in getting rid of the excess skin before it starts to flake off. In case of dandruff being caused by fungus, it will work as an effective fungicide. The way of using this ingredient in getting rid of dandruff is explained below:

The water and the vinegar need to be mixed in a cup. The total amount will vary as per the amount of hair one has. The mixture needs to be poured over the hair and massaged on the scalp gently for a few minutes. It should be rinsed off with water alone. One should wait for eight to twelve hours before shampooing the hair. It can be repeated once or twice a week.

2. Use Of Baking Soda

Baking soda is a common ingredient that is used in many recipes as well as for remedying many kinds of infections. It can help to remove due to its exfoliating nature that can help remove excess skin. It can even act as a fungicide. If the cause of dandruff is fungus the baking soda particles can combine with the excess skin particles and remove them before they turn into flakes.

The tablespoon of baking soda needs to be mixed in one cup of warm water. The mixture should be stirred and applied on the scalp generously. It could be used in place of shampoo as well, especially if one is using rosemary which lends a pleasant smell.

Fenugreek is known to be a plant whose seeds are used as spice especially in Indian cuisine. It has several medicinal purposes as well. It being rich in amino acid and protein, it can help to promote healthy hair growth and a healthy scalp as well as ward off dandruff troubles. The high concentration of lecithin that it contains makes the hair smooth and silky soft.

The two spoons of seeds need to be soaked in water overnight. The next morning, a fine paste should be made with the help of a grinder. When applied on the scalp and left on for 30 minutes or more it will wield relief from dandruff. Wash off with water or a mild shampoo to find the dandruff problem visibly reduced.

Neem is an Indian herb that is known for its numerous medicinal properties. It will surely work wonders for your dandruff. Not only will it help to soothe the scalp skin if it is feeling itchy, its antifungal properties will ensure that there is no overgrowth of fungus which can aggravate the dandruff condition.

One needs to add the neem leaves to the hot water and allow the mixture to stand overnight. The next morning, the solution should be obtained by straining the mixture. This should then be used to rinse the hair. A paste could also be made out of the leaves and applied on the scalp. This paste should be allowed to sit for an hour before it is washed off with water.

You might be using Listerine as an antiseptic mouthwash at home. If you do so, you can readily use it for getting rid of dandruff from the hair. This product was originally discovered in the nineteenth century and was initially used as a surgical antiseptic by the dentists. As it helps to fight fungus mostly, it is an effective remedy against dandruff.

One needs to mix water and Listerine as one part in two parts of water. When such a mixture is made, this solution can be used to spray onto the scalp or applied after the hair has been shampooed. The solution should be allowed to work on the scalp for 30 minutes and after that, the scalp and be washed off with water. The dandruff problem should be cured if this is repeated once or twice a week.

6. Increase The Dose Of Vitamin D

If you are wondering which supplement is being talked about here, you can get this vitamin from the most natural source that is the sunlight. It has been found that dandruff is reduced as the exposure to sunlight is increased. It could also be that, the dry weather in winter which brings on dandruff in many cases, could also be due to the reduced effect of sunlight at such a time. Such a home remedy is the most natural one where there are no specific measurements to be taken into consideration.

One should sit in the sun or try and be outdoors when there is bright sunlight. This should be done for at least ten to fifteen minutes. One should take care of their skin at the same time. Applying a sunblock will prevent the problem of sunburn coming on due to prolonged exposure to sunlight. If one is outside doing outdoor activities, they will also feel healthier in their mind and body.

7. Use Of Aspirin For Dandruff

If you did not know it, you will be surprised to know that aspirin can cure more than headaches. Such tablets can be used effectively as a solution for dandruff at home. It is mainly due to the salicylic acid content in these tablets. This is an active ingredient which is also used in many commercial anti dandruff shampoos. The anti microbial and anti fungal properties that salicylic acid has makes it effective against dandruff. In case of inflamed skin caused due to scratching and irritation, the aspirin will soothe the infected skin as well.

The aspirin tablets need to be crushed into fine powder. It should then be added to the regular shampoo before it is applied to the hair. Once the shampoo is mixed with the aspirin powder, it should be added to the scalp and allowed to sit for two minutes. After that the hair should be rinsed off. This could be repeated every other day till the dandruff problem is under control.

It is said that, having a healthy and balanced diet will help to cure and prevent many of the ailments from recurring or persisting. Even in case of skin conditions like dandruff it is known that diet can play a role. As excess sebum production is the cause of dandruff, it usually is aggravated if one consumes unhealthy fatty food or food that is rich in unhealthy fats or oils. Thus, one should ensure the following directions and ingredients in their diet.

When following a healthy diet at home, one needs to ensure that the above mentioned ingredients comprise their meals mostly. Eating junk food or oily food outside should be refrained from. Increasing the intake of vitamins and minerals will help to fight the skin condition as well as lean protein sources like meat, eggs and fish.

Lemon may have certain acidic properties that helps to remove the flakes and to reduce the excess oil from the scalp. Thus, if the dandruff has been caused due to excess oil in the scalp, the lemon juice helps to cut down its effect.

One needs to apply the two tablespoons of lemon juice directly to the scalp. After it is allowed to sit for a minute, one can mix the other spoon of lemon juice in the cup of water and rinse the hair with it. One should be careful not to allow the lemon juice to it for too long as it can dry out the scalp.

Even though excess oil or sebum is seen as a root cause of dandruff, some oils can help to keep it under control. Tea tree oil is known for its medicinal properties. The oil is known to work as a fungicide and can be used on skin which feels sore or itchy.

One should mix the tea tree oil in the warm water and add it to a squirt bottle if there is one. This mixture should be added to the scalp and massaged well after shampooing, it should not be washed out. One should be careful that this oil is not ingested.

Many people know that aloe vera gel has soothing properties especially when it comes to skin conditions. For sun burns and other skin infections one can utilize the soothing power of aloe vera. The skin cell proliferation process is slowed down by aloe vera. As it helps to reduce the pace at which cells grow, it will help to stop the skin cells from regenerating fast on the scalp. Thus, it will certainly prove to be an effective home remedy for dandruff.

The use of aloe vera gel for dandruff is easy and convenient. It simply needs to be applied on the scalp fifteen minutes before shampooing. After that, it can be washed off as usual by normal shampoo routine.

While aloe vera and tea tree oil is not easily found at home, you will surely find the humble table salt. It is the common ingredient without which no food prepared is complete in its taste. This can also act as an effective home remedy for dandruff. As it is known to have gentle exfoliating properties, it can help to reduce dandruff on the scalp.

If you have been suffering from dandruff and it has been persistent, you might not find any of the above products very effective. They have short term benefit mostly and one will need to rely upon them regularly. It is crucial to get to the bottom of the problem. A healthy diet and an active lifestyle will ensure that you take in the right amount of oils, fats and protein and have enough exposure to sunlight. These are conditions that can fortify the system from inside and prevent one from suffering such a skin condition persistently. Have you been a victim of dandruff and suffered shame for it? There are many men who suffer such a problem and are unable to deal with it. The strong chemicals in the medicated shampoos tend to make the scalp dry and rob the hair of the natural moisture content. If you are aware of other ways to deal with the dandruff problem, feel free to share your ideas.